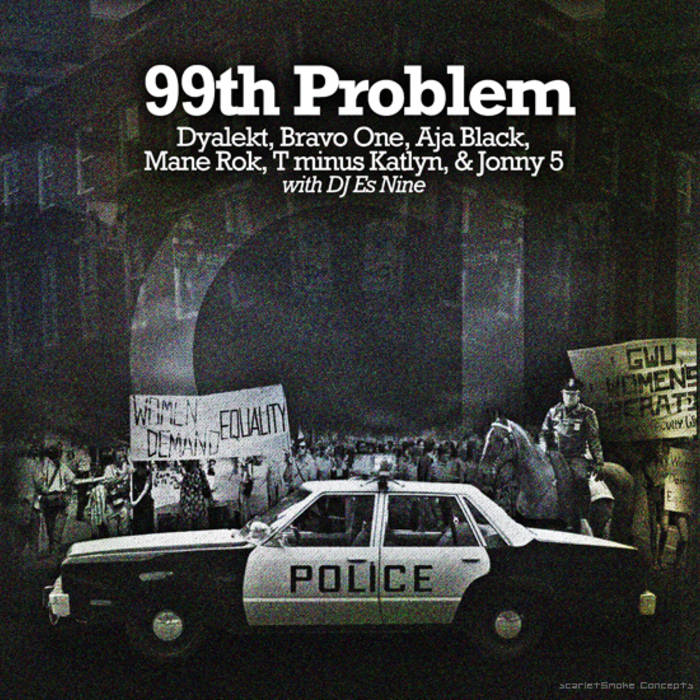 "99th Problem" was initially an idea brought to the table by Video Directors/Creators the Locker Partners. Noticing the position (& constant social media blitzes) of Mane Rok, the duo who had talked with the MC prior about a linking for a project, approached Mane to see if making a Hip-Hop track with multiple MC's on it giving their take on the movement was possible. No stranger to rounding up groups for work, Mane immediately approached his cohorts Bravo One (who's body of work with his group One Eyed Kings is laced with "politically" charged material,) as well as his most recent collaborator Dyalekt (Diamond Boiz.) Dyalekt handled the production on the track while also lending his hoodtelligent vocals. Mane's partner in "En Stereo" Es Nine (also of Prime Element) was the natural choice for engineer and DJ. Also, recognizing the idea that "99%" is a rather encompassing number, Mane then reached out to The ReMINDers stand out vocalist Aja Black to add her take, which led to the including Denver's political and musical champions Jonny 5 of the Flobots and T Minus Katlyn of Wheelchair Sports Camp. In essence, giving a representation of WHO the "99" are.