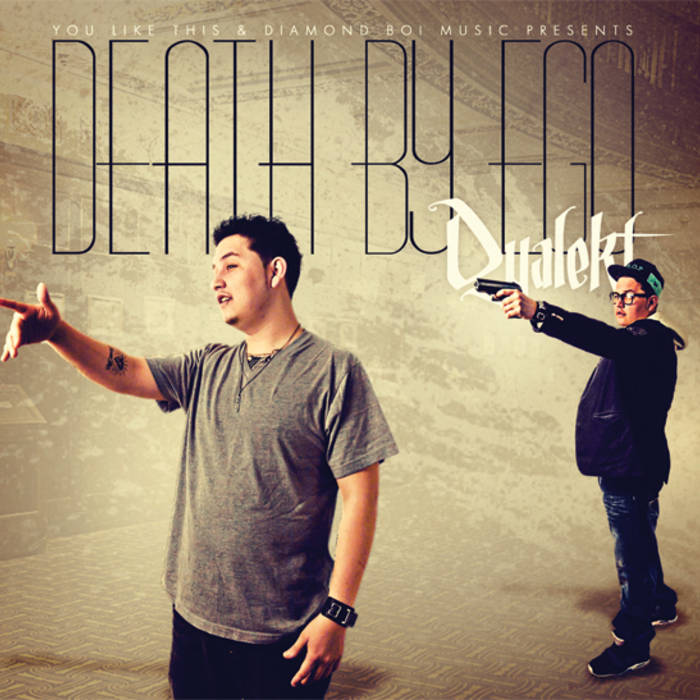 We, as human beings, are promised nothing but death. Not life, not riches, not a memory; only death. Still, some have the liberty of being blessed with the power of controlling how that death will come...even in a non-literal sense. That’s why Dyalekt, in his first solo effort since his November 2010 release of November Hates Me, figuratively explores the incognizant or social death by the hand of one’s own ego.

Death By Ego is built almost entirely of Dyalekt-made instrumentals, with only a few exceptions for Colorado heavy-hitters Davey Boy, TC Crook, Leezy (ODX) and a banger all the way from Illinois by regular Diamond Boi collaborator, Tech Groove. With features sure to accent only the plot and paradox of the concept, Dyalekt brought in some great features by Rhias (Air Dubai), Mane Rok, DeeJay Tense, Luke Skyy, Benjamin Butters, Bravo One, Diamond Boiz, and introduces two new voices by the names of Script and Quse London.

And what better day to represent a figurative death than on the day that he was born? Death By Ego, releasing March 16th, 2012, is being dropped on the same day that Dyalekt turns the forever-young age of twenty-five. As always, the project is being released for free, like most Diamond Boi Music, with the exception of a Pay-by-Tweet (or Facebook share). Listeners will be asked to Tweet or FB Share the link before gaining access to the download. It won’t be long to understand that catering to an ego leads only to one inevitable conclusion for Dyalekt, in his own words, “My ego’s gonna kill me.”