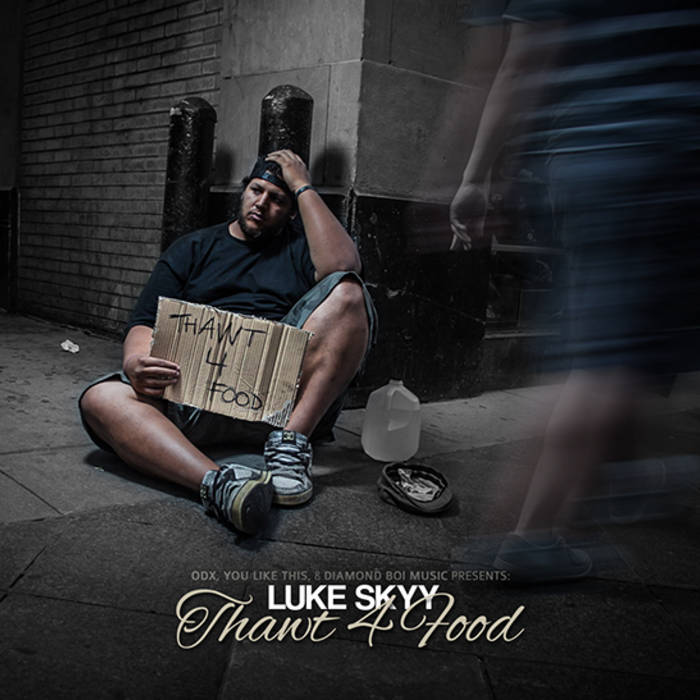 Thought for food. A time when our only hope to continue surviving is to bring forth new ideas and breed new ways of thinking. In his first album, Thawt 4 Food, Luke Skyy dives into his own mind of concerns, heartache, loss, happiness, and pure joy in hopes of inspiring others.

The project, mixed by Dyalekt (Diamond Boiz), is a stunningly relatable story told over the wide and diverse production of artists from around the country. With notable features from two Diamond Boiz (Dyalekt & Zome), Mane Rok, Bravo One (One Eyed Kings), Luke's right-hand-man Leezy (of ODX), and others, the tracks range from feeling good and loving life, to truly heartfelt situations, as only Luke Skyy can tell.

On November 30th, 2012, just 21 days before the feared December 21st, 2012, Luke shows no fear and release his story digitally via the world wide web. Not to be perceived as finished, the celebration of life continues on December 14th, 2012 at Bar Standard where Luke Skyy literally utilizes his own thoughts for food (and toys). Along with performances by Diamond Boiz, Mane Rok & DeeJay Tense, and One Eyed Kings, the release party is seconding as a food and toy drive in hopes of benefiting the families and children of Hurricane Sandy before Christmas. Free entry with a can of food or toy, and $5 donation otherwise, gets you into what is guaranteed to be an amazing show, with sounds provided by DJ Javi B (Jammin' 101.5), as well as a free physical copy of Thawt 4 Food.

And with that, Luke Skyy hopes not only to make an impact with his music, but truly with his thoughts and actions. There truly is no better donation for a thought than food, and that's just food for thought.